NeoBux Review: Is It An Ad Clicking Scam?

Let's face it, we all probably spend too much time surfing the internet. I bet if you calculated all the total hours you've spent clicking on links and visiting websites, it would be staggering. Wouldn't it be great if you could get paid for all that? Well apparently NeoBux claims that you can. If you were skeptical, you're not alone. That's exactly why I wrote my no hold bars NeoBux Review to get to the bottom of all this!

NeoBux is located at Neobux.com. It is a pay-to-click (PTC) site that offers users cash for clicking on links. You're also paid for referrals and performing other simple online tasks. The site was first established in 2008 and has been going strong ever since. The founder of NeoBux simply goes by the name Fernando. It may be his real name or an alias, it's always difficult to tell on the internet. At first glance, both Fernando and NeoBux seem to be another standard PTC site.

How to Make Money With NeoBux?

The whole point of joining a site like this is to make some extra cash. But are three different ways to do this with NeoBux. Some methods are more profitable than others. So we've laid them out below.

Clicking Ads
– Earn money clicking links and viewing websites
– You can make anywhere from $.015-$.02 per click
– On average, a standard member makes $.17 per day on ad clicks

Mini Jobs
– You can earn even more by performing tasks for NeoBux
– Tasks may include data search, data entry, categorization, website testing, and surveys
– For each $1 you earn from mini jobs, you will get a 12% bonus as a standard member
– Pay varies depending on the task

Referral
– Refer anyone to Neobux to earn more money
– Earn an extra $.005-$.01 on clicks from your referrals
– You can pay to rent referrals and earn money from them for up to 30 days

If this feels like chump change to you, I totally agree with you. So you may want to look into My Top Free Work At Home Recommendation instead! You can actually earn a part-time or full-time income instead of a few pennies.

How do You Join NeoBux?

Signing up with NeoBux is absolutely FREE. You simply set up an account and start clicking. The standard membership is the lowest tier and pays the least amount of money. With this membership, you will still be able to click on ads and perform mini jobs, just don't expect a large payout. In order to make more, there are other yearly membership packages available to purchase. They provide you the ability to earn more. See the benefits of each membership package below.

Ultimate
– $890 per year
– Receive $.02 per ad click
– Sign up to 4000 rented referrals
– Unlimited vacation days in vacation mode (account will not be suspended in vacation mode)

It may seem like paying for a higher level will let you make more money. But you need to make sure you weigh the costs against what you can possibly earn. If you do not intend to be on the site consistently, you may not make as much as you pay in fees.

Like all make money opportunities there are pros and there are cons. Chances are you've only read NeoBux Reviews that share all the pros. Well now I'm going to lay out some of the NeoBux Cons so you can have a full picture of this opportunity.

You Ain't Paying Bills With This.

As great as the idea of clicking on ads sounds, don't quit your day job. The earnings are just too low for you to use NeoBux as your only source of income. You have to consider the average earnings of a standard member is only $.17 per day. So the only real way to make money with PTCs like NeoBux is recruiting referrals. So if you're actually looking to make a real income you probably should check out My Top Free Work At Home Recommendation.

If you're not actively clicking or logging into NeoBux within a 30 day period, your account will be temporarily suspended. If your lack of activity extends into 60 days, your Neobux account will be closed. In which case your earnings will be void with no way to restore it. To make matters worst, they don't even send you an email warning. I experienced this first hand. It's a great way to rob their members out of money.

Freedom of speech is punished.

You can't please everyone. So some members have shared their dissatisfaction on NeoBux forums. Apparently this isn't welcomed so they were then banned from the site. Their comments are also usually deleted right away. So it's hard to tell if these people were being disrespectful or it's a case of censorship. Either way, we had to bring it to your attention.

Is NeoBux Legitimate Or a Scam?

“Scam” can be a harsh word. It implies intentional deception by a company for their own financial gain. While I do not believe NeoBux is an outright scam, I don't think it is a very good company.

I really dislike the idea of disabling accounts that are inactive without warning. I personally experienced this so it's left a bad taste in my mouth. Outside of that, my other major concern is that PTC websites like NeoBux aren't really designed to make you REAL money. You need something like My Top Free Work At Home Recommendation. So it would seem pointless to spend so much time on sites like NeoBux unless you're able to recruit tons of active referrals or you're using it to promote opportunities that make you more than you spend.

So I'd probably avoid NeoBux. But I'm a big believer of multiple streams of income. So if you want to add NeoBux to your mix, that's fine. I would also recommend looking into my Work At Home Courses as well.

I would love to hear your thoughts about NeoBux so leave a comment below. Thanks for reading.

Eddy with a y 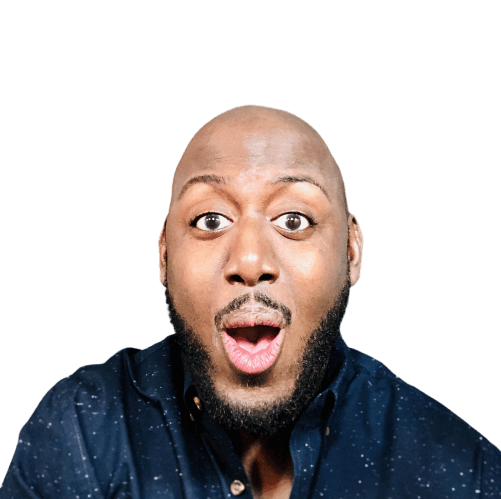 Eddy "with a Y" can send you Multiple FREE Ways To Make Money Online Like Typing, Searching Google & More!

Where Should I Email You These Free Opportunities?

Your Privacy is protected. We will not spam you!